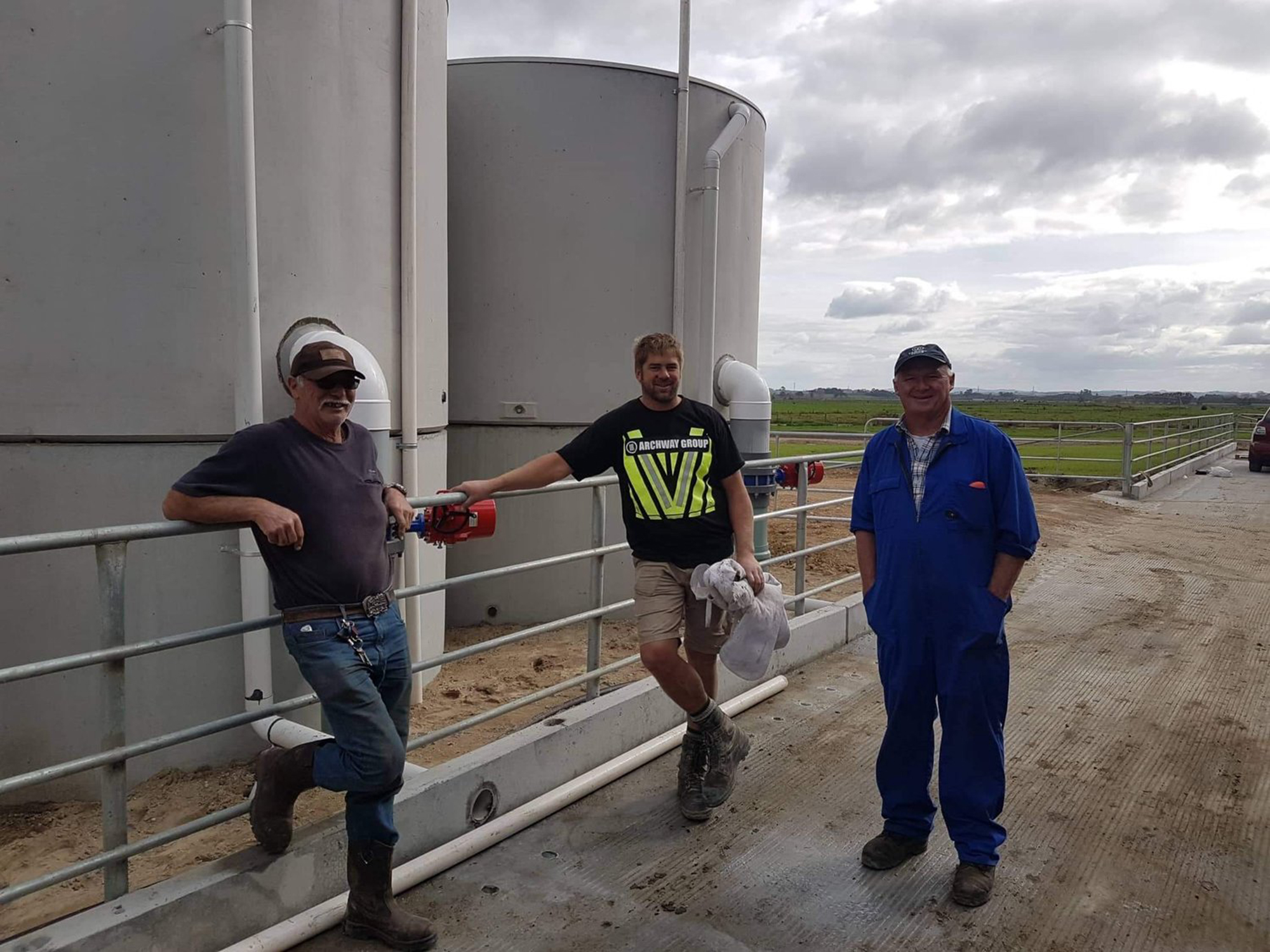 “I moved home 8 years ago and contract milked for 6 years through two 40aside herring bone cow sheds. Our boundary is the Waikato River and the Whangapei Stream outlet. We are very low lying and at the bottom of the table for all the drainage schemes which is good in summer meaning we retain a lot of moisture, but in winter it means a lot of surface water – paddocks you cant ride a 2 wheeler through, yet alone feed out.

Over winter we are grass based because we cant physically feed anything. The damage we did to pasture and soil from July to August, we paid the price for pugging. We grew willow weed, which out grew the grass. July – September we do the damage, couldn’t renew grass until March. Cows couldn’t graze it until July. Best part of 10months that paddock is producing 50% of what it should be, and its not good for the environment – that’s a big driver of or system change.

This seasons calving was one of our better ones, but still needed to sacrifice paddocks. Cows standing in mud over night, having to draft cows out – it was just a stressful job, it took 1.5 hours for four people every day – it was just a lot of work.

This year we will have springers in the herd barn, easy to check cows, can calve them. Management and ease of that will be 100 timers easier than it has been. We use to store silage on grass in paddocks. Some times we would use a 4wd to get to the face of the stack and then have to be towed out. We wont ever have to do that again!

Feeding out we had to take wagon over the whole farm, sometimes its over 2kms just one way. Now its 50meters! Its going to take all the stress out of that.

We went and had a look of about 8 different systems and all the different ranges of roofs, bedding, matting, slats. Alot of the ones we went too the feedpad was shared amongst the cows – a 900 cow farm would have a 350 feedpad. Our whole driver was to be able to get off all the cows, off the land and sleep them all at once. We have a 1000cow pad, and split into three pads under the roof. They have 6m2 per cow. It will save our pasture. It will save the stress of worrying about it when you get 20mL of rain over night.

Our current system is 2 44aside herring bones. Our contract milker employs 6 full time staff and we need four minimum every day to milk. The new system means we have 4 full time staff. One milking. Better roster. Less hours a day worked. Less milking time a day. We are actually making it a desirable job for the dairy industry. As before the staff came and went because they were in the shed for so long. It came at a cost for milking 7 hours a day every day. Under the new system, one will be milking, one will be yards man, one on holiday and one outside doing farm duties.

With the new effluent system we went with the weeping wall – we looked at a range of options and that seemed to be the best one. We can retain our existing pond. The weeping wall can retain all the solids and only the liquid going to the pond. Before, over winter we had to get the pond right down and divert all the cow sheds when they werent being milked and then we needed a few good days before we could even spread it over the paddocks. It became a challenge at times.

This new system with the roofing means we can divert storm water, and it will be managable over the winter period.

What we had to do in the past is have bigger nozzles on our irrigator and we couldn’t go on the inner axles, because its moving too slow and was getting applied too heavy because of the solids trying to pass through. What we can do now is have smaller nozzles and put on less application at a higher strength because its being recycled and we can put it on over more area because it is just liquid.

The area now has opened up to the whole farm. We can truck the solids and then use the muck spreader from there so the cost of carting it has reduced significantly using trucks and spreading from that point. We have opened up the effluent area to our whole farm which is cool. Its a cheap fertiliser really, your just paying cartage and spreading. Should reduce our fertiliser costs and reduce our nitrogen leaching really.

We use to have in-shed feeding systems that couldnt feed straight PKE, we could have a 60% blend, but now we can make up our own blends so the ratio we can decide on the day. The whole driver is to feed a lower cost meal on the pad, we can feed three times as much feed as the inshed meal feeding system. We are going to be able to really fully feed our cows all year round.

We have got three floodwash tanks on the feed pad and one on the cow shed. We can recycle the same water. The water goes to the Weeping Wall, then back to the pond and then pumped to the tank. Its improving the entire effluent product itself. We can floodwash up to 6 times a day.